Do women dress for men - or women?

So, apparently, women spend almost £84,000 on clothes in their lifetime.
And they are dressing more seductively in the economic downturn to increase their chances of nabbing that rare thing, a man with a decent job.
Or that’s the spin that the Daily Mail put on a recent study to come out of Texas Christian University.
As if it was really that simple, that women just dress to impress men.

In an earlier blog I did point out that high heels force women to adopt a posture reminiscent of randy babboons and, sure, that’s all about appearing seductive.
But women who expose too much flesh can actually be harming their career prospects.
I still find the enclothed cognition argument compelling, i.e. that women dress to impress themselves, since certain clothes make them feel better, give them confidence and lift their mood (even if there’s not a man in sight).

Clearly it’s complicated. There seem to be three factors at work:
1.    Evolutionary psychologists have shown us that clothing sends out all kinds of sexual signals (red for fertility, high heels for fecundity). This is the ‘women dress to attract men’ argument.
2.    Then there’s the function of clothes for emotional regulation, which is born out by my research showing that women select clothes accord to their moods. This could be seen as the ‘women dress for themselves’ argument.
3.    There’s a third factor too. It’s the ‘women dress for other women’ point of view.  Take a look at this:

£600 for a scarf? What credit crunch?
That aside, could it be that women dress to get one over on the competition as this letter suggests?

Blogger Nikolas Lloyd thinks yes (and has kindly allowed me to quote his theory here):
Imagine a society in which there are not very many women around who are available. Such a society was the one in which we evolved. In the world of the forager, a potential mate came along seldom, and one usually only had a small selection of women from which to choose a life partner. In this society, a woman who had known the local men for ages and was on good terms with them, was very nice, but perhaps not the best looking or a little bit past her prime, might lose out to some slip of a thing who walked out of the forest. A foreign woman might out-compete all the local women, even if she hardly spoke the language, if she was young and pretty, and this would not please the local women. What could these women do to keep the stranger out? Well, just as language seems to have evolved partly to keep out outsiders (a human who has learned a language as an adult will almost never fully master it and pass as a local), so too could fashion. The local women could make it next to impossible for the foreigner to pass as a local, and become accepted in society, by coming up with many arbitrary and subtle rules of fashion.

So Lloyd thinks women dress in a way that helps them fit in with their social group and keep out intruders. Identification with one's social group is clearly one purpose of fashion. And one way we signal our affiliation with a social group is through clothing: this is true whether your group is a Mayan tribe, or mums at the school gate.
He's got a point.
It's quite likely that those other women are far more likely to notice what you're wearing than any passing male.

Posted by Karen Pine www.karenpine.com at 16:45 No comments:

How to dress for success

Watch a video here about first impressions and how to dress for success.....

it's great to see our University of Hertfordshire research featured in this video, which reinforces the message conveyed in an earlier post that dress disasters can ruin your job prospects ... without you even knowing it.
Posted by Karen Pine www.karenpine.com at 12:12 No comments:

CHANGING CULTURE IN OUR BANKS

A GUEST BLOG FROM DO SOMETHING DIFFERENT ABOUT WHY IT'S TIME FOR OUR BANKS TO CHANGE - AND QUICKLY:
It’s been a rough week for the UK banking sector. Again.
Fines for Barclays fixing the LIBOR rate, with at least two other major banks rumoured to have been up to the same tricks. Mis-selling interest rate swaps to small and medium sized businesses. A new proposal for a European banking union, setting the rules from outside London.
The Radio 4 chatter this morning was about culture change. Separating investment banking from retail banking – taking the casino out of the supermarket – is considered a step in the right direction, but banks need to refocus their culture. They need to put ethics back at the heart of their operations.
This was then picked up by Bank of England governor Sir Mervyn King, who said: “We can see we need a real change in the culture of the industry.”  Prime Minister, David Cameron, speaking from the EU summit in Brussels, also added his weight to the argument: “British people are crying out for a return to good old-fashioned banking… That’s why the governor is so in favour of changing culture at the banks and so am I.”
So if you are in charge of change management at a big bank, how do you do that? Change management consultants are fond of telling us that it takes seven years to change a culture. The banks simply don't have that long. 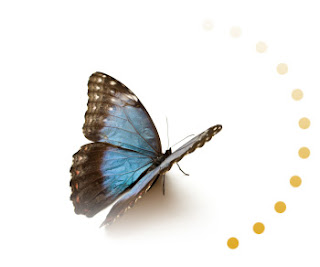 What is culture change?
Essentially, it’s people taking different actions.
That may be based on a new set of values. Or, as is more often the case, it might be about trying to get people to behave in-line with existing values that have been forgotten or ignored in the commercial frenzy.
Either way, the key is – actions. For culture change to be real and sustainable, it has to be about what people physically do, not just what they think.
Reminding people about old values, or teaching then new ones, and then letting them go back to their desks, their trading screens or their customer service counters is not enough. We’re habit machines. The old ingrained behaviours will soon rise to the top. Most people will go back to doing the same things they’ve always done and nothing will change.
Culture change is not about telling people about new values. It’s about getting them to live new values.
To evolve a new culture by doing things differently. Put ‘doing’ at the heart of a culture change strategy, and change can happen in seven weeks. Not seven years.

Posted by Karen Pine www.karenpine.com at 09:42 No comments: