THIS MONTH WE ARE THRILLED TO HAVE A GUEST BLOG FROM ALLISON MITCHELL.
Allison is the brain-child (like that Allison?) behind MANICMUMS.COM.
She has applied her wealth of expertise about time-management in business to making home life more streamlined, efficient and... well, less manic.
And since, as they say, time is money we thought we'd love to have some wise words from Allison here....

Put off Procrastination!
The cost of putting things off is always greater than the price of doing them. There, I’ve said it.
At its most simple, the dish washed straight away is done quickly, the dish left overnight requires effort to tackle the crusty residue.
But we’ve all done it, haven't we?  The report written in the dim glow of midnight oil, the jerry can walk of shame, when the car was running on vapor, wearing yesterday’s knickers when the cupboard was bare (or is that just me?)
Anyway, if your life swings along to the tune of, ‘The Sun’ll Come Out Tomorrow’  and you live in the knowledge that tomorrow is always a day away, you could well be living with the emotional costs of procrastination on your bottom line. But, it’s not all psychological, have you ever calculated the hard financials?
What about the cost of that parking fine?
‘Manana,’ the ticket whispered sweetly in your ear until the fee doubled.
And hey, why were you ticketed in the first place? Oh yes, you left for the interview at the last gasp and had to park on double yellows.
‘Tomorrow, tomorrow, I love you tomorrow,’ said the tax return, due January 31st, but oops, before you knew it, February arrived, along with the penalty notice.
I could go on, but you’ll think I’m a nag. Suffice it to say, if you're the kind of person who wouldn't leave a burning building until the flames were licking their bottom, then it may be worth considering what procrastination is really costing you. Please, please don’t say you’ll think about it later!!
==========================================================================
Thanks Allison, find out more about Allison's work here.
Posted by Karen Pine www.karenpine.com at 11:27 4 comments:

Numeracy starts in the nursery (or don't teach your toddler trigonometry)

Nowadays you don't have to be good at maths to be good with money.
With all the modern wizardry around- from calculators to on-line budgeting tools - only dinosaurs would be seen dead reciting their times tables. 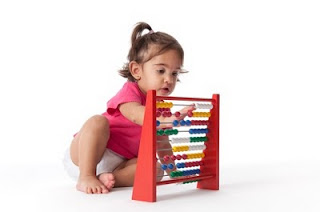 But did you know that numeracy starts in the nursery?

Yes, a recent study from the US* found that when parents spoke more number words to their infants, the kids had better mathematical knowledge at age 3. Since early mathematical ability predicts later academic achievement there's a good chance these kids would go on to do better at school.

Numeracy is an innate ability. Even pigeons can count and chimps can do fractions**.  So your little ones have brains that are hard-wired to understand numbers.

Chimps also have amazing memory for numbers- bet you can't beat this one!

Of course the downside is she'll start telling you 'that's Mummy's fourth glass of wine', but by that time you'll be past caring. 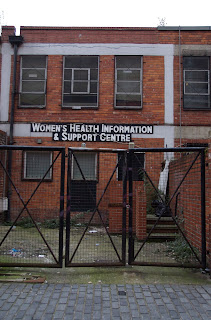 This photo was taken on a visit to Liverpool last year....ooh, makes you want to rush in there for some health advice doesn't it?

On the rare occasions that I visit the gym (I know, I know) I always get really miffed if I can't find a parking space close to the entrance. As if walking a few hundred yards isn't exactly what I need to do.
Are you a living bundle of contradictions? Now there's talk of reducing the price of petrol, are you tempted to drive around looking for the cheapest deal?
Do you eat ready meals while watching cookery programmes? Lie on the sofa watching a fitness video?  Slouch around wearing jogging pants and running shoes? 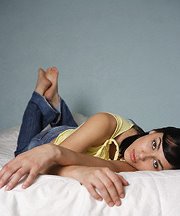 Well, can we suggest you sprint over to the money made clear website  for a workout that most of us could do with at this time of year. Financial fitness here we come.
We particularly like their 'Give your money a workout' article.
You can gorge on all their solid, sensible, straightforward advice  - and it won't cost you a penny.
Posted by Karen Pine www.karenpine.com at 18:07 2 comments:

Following the recent tragic death of the anorexic model Isabelle Caro, fingers have been pointed at the fashion industry and the media who brandish images of these emaciated forms.

But did you know women’s preferred body sizes are determined by men’s economic circumstances?

Ideals of female body shape vary across cultures: Men in cultures with scarce resources tend to prefer heavier women, whereas men in cultures
with abundant resources prefer thinner women. In all cultures, men who are hungry will select a larger female shape as their ‘preferred’ size. That, apparently, is all down to perceptions of resource scarcity.

US researchers* made men think about how much money they had on them. Those who realised they were-cash-strapped preferred heavier women.

What’s more interesting is that it doesn’t work the other way round. Women’s preferred male shape is unaffected by how hungry or poor they feel.

Ben and I have been discussing this at length. He’s not keen on all those evolutionary explanations, which I have to admit are a bit too convenient and can’t be refuted empirically. He reckons it’s because men are more visually triggered – this renders them more susceptible to priming effects. I would add that maybe women just aren’t that shallow.

Maybe one good thing that will come out of the age of austerity is that the more men tighten their belts the more women can loosen theirs.

...or the financial phobic.
None of these are scary. Or difficult.  But they could make a huge difference to your financial health.
Decide how many of them you will tick off this year: 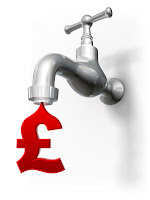 1.    Get on-line banking (if you haven’t already). Stick a weekly reminder in your diary to check your statement. Marvel at (or bemoan) where the money goes. Tackle leaks.
2.    Charity shop. Devise a whole new image based on charity shop finds. You can always restyle or dye stuff. Fashion victim = financial failure.

3.    Perform some plastic surgery. Cut up credit cards and just use cash. Slash and burn store cards, show them no mercy.

4.    Learn about compound interest. It’s how investments grow and why debts go ballistic. Spend 5 minutes getting to grips with it here. Feel immediately enlightened. Smug even.
5.    Sweep some money into a savings account. Every month. Do it by direct debit. You won’t miss it going out but you’ll love it piling up.
6.    Ask someone for money. Now. Nag your boss for a rise. Call in debts. Haggle for a discount on your next purchase. Take something back, demand a refund.

7.    Make kids earn money. Stop being their cash cow. Make them get a job or sell old toys on eBay. Threaten to charge them rent. If they’re over 18 charge them rent. Be less tough on toddlers.
8.    Deal with credit card debt. Transfer to a 0% interest card. If your savings earn less interest than you’re paying on your card, use them to pay off the debt.
9.    Play the long game. Give your future self a gift. Boost pension payments (or start one). Over-pay on the mortgage. Take out a 5 or 10 year high-interest investment.

10.  Stem the flow of wasted money. Unused gym memberships. Forgotten magazine subscriptions. Thirsty cars. Taxi/takeaway/smoking/alcohol habits. Put what you save into a separate account, just for you.
Posted by Karen Pine www.karenpine.com at 16:02 2 comments:

Don't lose out in divorce! 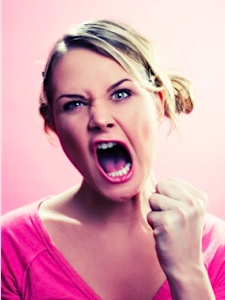 Did spending two weeks cooped up, snowed-in and turkey-bound put a strain on your relationship?
Was it the iron he gave you for Christmas, or his failure to mention that his mother was staying for ten days, that finally had you slapping the words ‘quick divorce’ into google?
Hold on a minute. Remember that a marital break up isn’t just for Christmas, it’s for life. So don't make decisions that might cost you later on. The common view is that men get fleeced by women in divorce settlements. The reality is quite the reverse.
A study by the Institute for Social and Economic Research found that divorce often rescues men from poverty while plunging women into it. The incomes of ex-husbands rose by 25% immediately after a split. Yet women saw a sharp fall in their finances, which rarely regained pre-divorce levels.
Sadly, 27% of women ended up living in poverty as a result – three times the rate of men – and only 31% received maintenance payments from ex-husbands for their children.
Now help is at hand in the form of the Moneymadeclear divorce and separation
website.
This site brings together loads of useful financial information, plus impartial help with financial issues, including:
• thinking about divorce or separation
• the steps involved
• if you have children
• living arrangements
• splitting what you have – using an interactive online calculator; and
• managing your money.
With the moneymadeclear interactive online calculator you can draw up a budget to help you:
·      work out what you have and what you owe (it suggests a number of actions you can take) 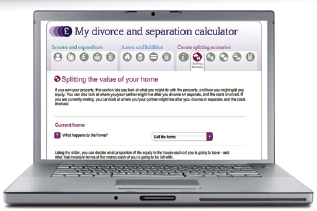 ·      look at how you can split what you have (it explores different scenarios and helps you prepare for discussions with your partner, solicitor or mediator)
This is the first calculator of its kind. And it's been created with help from experts in this field, including Relate, Resolution, National Family Mediation, Families Need Fathers and the Family and Parenting Institute.
So much better to hit him with some plans, straight facts and plain talking than with the iron.
Posted by Karen Pine www.karenpine.com at 16:37 No comments:

First congratulations to Sarah Jane Russell from Manchester, the winner of our festive quiz. Well done Sarah Jane, copies of Sheconomics and The Do Something Different Journal are on their way to you.
And Sarah Jane’s response when we told her she’d won?
She was delighted but added,
‘I'm probably the most financially incompetent woman who did the quiz’!
This reminded me of how women are usually far more financially competent than they think they are. Just the opposite of men, who think they’re more competent than they actually are, particularly in areas such as finance.
Research into investment behaviour has repeatedly shown that men spend more time and money on security analysis, take less advice from brokers and make more transactions than women. They also have too much faith in their own predictions and potential returns. 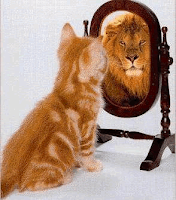 Yet all this frantic male activity and over-confidence caused the economy to implode in recent years, and I have argued that more women in senior positions will stop this happening again.
But women have to believe in their own financial self-efficacy. We have a whole chapter on this in the book. It’s our second Law of Sheconomics: Go Beyond Beliefs.
Do you recognise any of these self-limiting beliefs?
If any of those strikes a chord with you then you’re probably cramping your own financial potential.
Give those self-limiting beliefs a kick up the pants. Try some of the exercises in the book.
Or have a go at filling in our belief-busting log, downloadable here. 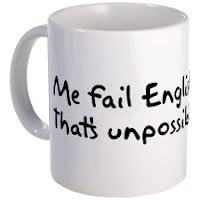 And make 2011 the year you give your confidence a makeover.
Like Sarah Jane, you're probably better than you think.
Posted by Karen Pine www.karenpine.com at 13:31 No comments:

Email ThisBlogThis!Share to TwitterShare to FacebookShare to Pinterest
Labels: christmas