Proud parents of a financial bombshell!

Following on from Jessica’s lovely blog post, and also from a Consumer Finance Education Body seminar I went to last week, I thought I’d bring family finance to the fore this Friday (what a lot of F’s!).
Like it or not, sometime in your life a big financial bombshell is likely to come your way.
One of the biggest of these is a baby. Yes, I know babies are actually quite tiny things but, boy, they can wreak some huge havoc!
So I was dead impressed by all the advice that’s waiting for expectant parents over at the money made clear website.  And I was surprised to see that quite a lot has changed since I had babies (apparently they don’t make you bite on a bit of wood during delivery any more! And Dads can have time off too!)…
in particular I learned that:
·      Yes, most Dads can have two weeks’ paternity leave (start lining up the jobs for him now)
·      Expectant mums are entitled to paid time off for antenatal care (no need to take a day’s holiday or throw a sickie)
·      Mums may get help with childcare costs while studying or retraining (perhaps go for a Crowd Control qualification if you’re having a large brood?)
·      Even if you’re self-employed you can usually claim Maternity Allowance (if you’re a self-employed financial advisor you probably know this)
·      Dads can pay into a pension for their partner (this I did know but it really is worth repeating –anything to stop women’s pensions taking more of a hammering).
So if you’re the type who thought that planning a family just involved sex and knitting (not at the same time) it might be advisable to get yourself over to www.moneymadeclear.org.uk/parents/
Just to make absolutely sure you don’t do something you regret. I’m speaking financially here. You cannot take babies back and ask for a refund.
Posted by Karen Pine www.karenpine.com at 17:20 1 comment:

Working Mums...it’s not (necessarily) about the money

THIS WEEK WE'RE THRILLED TO HAVE A GUEST BLOG POST FROM JESSICA CHIVERS. JESSICA IS THE THINKING WOMAN'S COACH AND HER BOOK MOTHERS WORK! WILL SOON BE PUBLISHED BY HAY HOUSE, HELPING MUMS TO GET A GRIP ON GUILT AND MAKE A SMOOTH RETURN TO WORK.
“But you don’t need the money so why are you doing it?” is a common reaction to a mum bemoaning the difficulties of combining paid work, a caring role and household duties (the so called ‘triple bind’ of working motherhood).
But that misses the point of why many women go to work, mother or not. 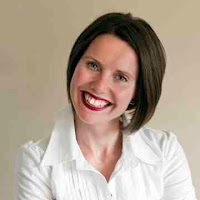 In a survey of 200 working mothers I discovered money really isn’t the be-all and end-all of working.
But then I think we all knew that anyway.
Given the option to escape a demanding preschooler,  service your brain cells, go to the toilet in peace and get apreciated for doing something well that you enjoy, surely you’d grab it with both hands?
Whilst many mothers want this, the financial cost of working can be prohibitive. The average annual cost of a nanny outside London is £22,220 gross. That’s about £93/day with four weeks holiday pay (NannyTax wage survey 2009). Not bad for the nanny. But fairly grim for the want-to-be-working mum. When writing my book, Mothers Work! I met several mums who’d love to go back to work, but can’t make it pay. Like the cook with three children under five, and the events manager who couldn’t finance the childcare for the long hours the job demands.
So what can we do about this? One: we need to get creative about the way we organise childcare. Two: we need to become better negotiators. That includes pay rises, pitching for promotions and asking for flexible working.
It’s been said that men will apply for a job if they can do 30% of it.  Whereas women who can do 70% of the job will um and ahhh over the 30% they can’t do.
As women,we need to claim back our confidence and ask for what we want. That might mean asking dare I say it (*mock shock horror, Edward Munch hands of face pose*) daddy to ask his employer about flexible working so he can do more of the childcare. Or having the brass neck cheek to demonstrate why a pay rise is in order in the middle of a recession. I could go on.
Think of the money gained if you could work one day a week at home (OK, it would actually be two evenings - there’s no way you’d get more than an hour’s work done with a toddler – the guilt would get you before he got bored of the telly). And think of the extra saved for a rainy day if fathers were ‘working from home’ on another day too.
For some there may be the option of roping in the friend or rellie who thinks being around children all day every day is such a good thing that they question why you’re working when you don’t need to....
Do what you need to do and ask for what you want!
THANKS JESSICA  - INSPIRING WORDS AS ALWAYS. FIND OUT MUCH MORE ABOUT JESSICA ON HER FABULOUS WEBSITE (PACKED WITH TIPS AND INSPIRATION)!
Posted by Karen Pine www.karenpine.com at 16:46 No comments:

Will seeing our older self change what we do?

Mid-life woman comes across a frog.
“Kiss me, kiss me and I’ll turn into a handsome prince” says the frog.
Mid-life woman looks at the frog.
“Go on”, he says, “aren’t you going to kiss me?”
“At my time of life”, mid-life woman says,“ I think I’m actually more interested in a talking frog.”

Let’s face it, our needs change as we get older. I’d be the first to admit that a bacardi breezer only appeals because it has the word cardi in it. But as humans we’re pretty rubbish at predicting the needs of our future selves. Hence we’d rather spend now than save for the future. And ‘pension’ is not the coolest word in a at twenty-something’s vocabulary.

Psychologists are keen to know how we can close the psychological distance between the ‘present self’ and the ‘future self’. Because for some of us our future self is so remote it could be another person, a complete stranger in fact. And we neglect that person at our peril.

Hal Ersner-Hershfield from Northwestern University USA summed it up like this:
To those estranged from their future selves, saving is like a choice between spending money today or giving it to a stranger years from now.

In my lab we’re carrying out a neat experiment to see if we can bring people closer to their future selves. We’re making them look at images of themselves when older (using computer technology). Then we’re asking them about their motivations to save, quit smoking and live a healthier life. We’ll compare the results with people who simply look at images of their present selves.

I’ll let you know what we find.

A woman's pension age also sets the qualifying age at which she can claim pension credit, winter fuel payment and free bus passes in England. If we needed another reason to provide for our own retirement and not depend on the state, here's one.