Male entrepreneurs using social networks as an extension of the boardroom

Should a woman behave more like a man to make it to the top?
How much are male and female traits visible through social networks such as Twitter?
Here are a couple of tweets, one from a male and one from a female entrepreneur. Can you tell which is which?
I feel very sorry for you on the score last night! Want a tissue?
Just heard a fab quote re the role of a parent “our job is to give children the courage to go out into the world & a home to come back to”
OK, so it was dead easy to spot. The first was from a man and the second from a woman.
But is that generally true of male and female entrepreneur tweeters or do female entrepreneurs have to emulate male traits?
My team at the University of Hertfordshire have been busy researching just that…..
We analysed nearly 5,000 tweets from twelve influential entrepreneurs over one-month.
Our results showed that male entrepreneurs tend to use social networking sites to compete and dominate whilst women use them to build networks. 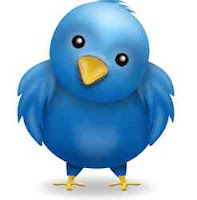 We also showed that men ‘tweet’ about business 46% more than women.
In fact even their more casual conversations involve business. So they really do have one-track minds. A business track.
And when it comes to blatant self-promotion, the males again come out as the top tweeters.
They do a lot more of blowing their own trumpets, sounding off 61% more self-promotional tweets than their female counterparts. 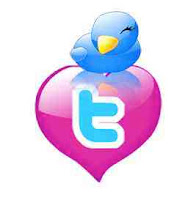 Female tweets are more supportive, friendly and more lifestyle-y.
In fact the female entrepreneurs put out more than twice as many tweets about their non-business life than men.
These top women also tweeted 77% more supportive and conversational content than males. They were more likely to join in an on-line chat, respond to others with a friendly comment or messages of support.
It seems from these new findings that men are using social media as an extension of the board room or the sports field - where they typically like to lead the competition and dominate.
Women seem to use social media far less aggressively, using it more socially to build contacts and network with people, as is often the case in the ‘real world’. Yet many are matching their male entrpreneurial counterparts when it comes to generating wealth.
The top 5 entrepreneurs by how much they tweeted in one month (Jan-Feb 2011) are below. They have an estimated combined wealth of £1.28billion*
1.
1. Michelle Mone 1,030 tweets
2.    Lord Sugar 965 tweets
3.    Duncan Bannatyne 660 tweets
4.    Theo Paphitis 505 tweets
5.    Martha Lane Fox 275 tweets
*  According to data from the Sunday Times Rich List 2010 excluding Michelle Mone worth estimated £50m from http://www.guardian.co.uk/lifeandstyle/2010/sep/12/michelle-mone-lingerie-71-degrees-north Martha Lane Fox estimated £20m http://www.independent.co.uk/news/world/africa/net-multimillionaire-martha-lane-fox-seriously-injured-in-car-crash-in-morocco-562168.html
·       The University of Hertfordshire was awarded the Times Higher Education ‘Entrepreneurial University of the Year 2010’
Posted by Karen Pine www.karenpine.com at 11:34